The Sensory Garden in the Városliget, Hungary's prime spot offering opportunities for relaxation and recreation specifically for the blind and visually impaired, has been renovated.

The nearly one-hectare Sensory Garden was built in the Városliget in 1972, meaning that – after the passing of almost half a century –it was high time to reorganise and modernise the area. While there are many institutions and organisations for the blind and partially sighted who actively use the garden, it no longer met 21st-century requirements for accessibility.  However, thanks to the Liget Budapest Project, the Sensory Garden has been completely renewed inside and out: the grounds have been made accessible and furnished with modern amenities, while the plant life has also been rehabilitated and the playground and its special equipment renovated and expanded.

In order for the Sensory Garden to fully meet the special needs of its users, we engaged in numerous discussions with Garten Studio, the firm that won the tender to renew the Liget’s landscape architecture, and their colleagues at Városliget Zrt.  The result was the creation of a part of the park that is safe, modern and in full compliance with the requirements for accessibility, the only place of its kind in Budapest offering opportunities for recreation to the blind and visually impaired.

The garden will remain enclosed, with the blind and visually impaired guaranteed unrestricted access.  In addition to preserving the earlier basic structure, the radial and circular paths have also been rebuilt with special pavement that helps with orientation, with a new interior pathway added as well.
To replace the demolished wooden building, which was in poor condition, an accessible building specifically geared to the needs of the blind has been erected and fitted out with similarly accessible toilets.  The existing fountains, ornamental pools and play surfaces are also being renovated and will soon be ready for use.  The raised plant beds have been fitted with railings, painted in easily recognisable colours and embossed with Braille in order to aid navigation and provide information about the fragrant flora.

The playground and athletic facilities were situated in the garden’s western part, thus locating the garden’s noisier functions, such as the special table tennis tables, skittles, swings and other play equipment,  The playground also has an area marked out with coloured rubber paving that houses a sandpit with musical games also installed at the exterior, along with a few recreational amenities developed especially for children with multiple disabilities. 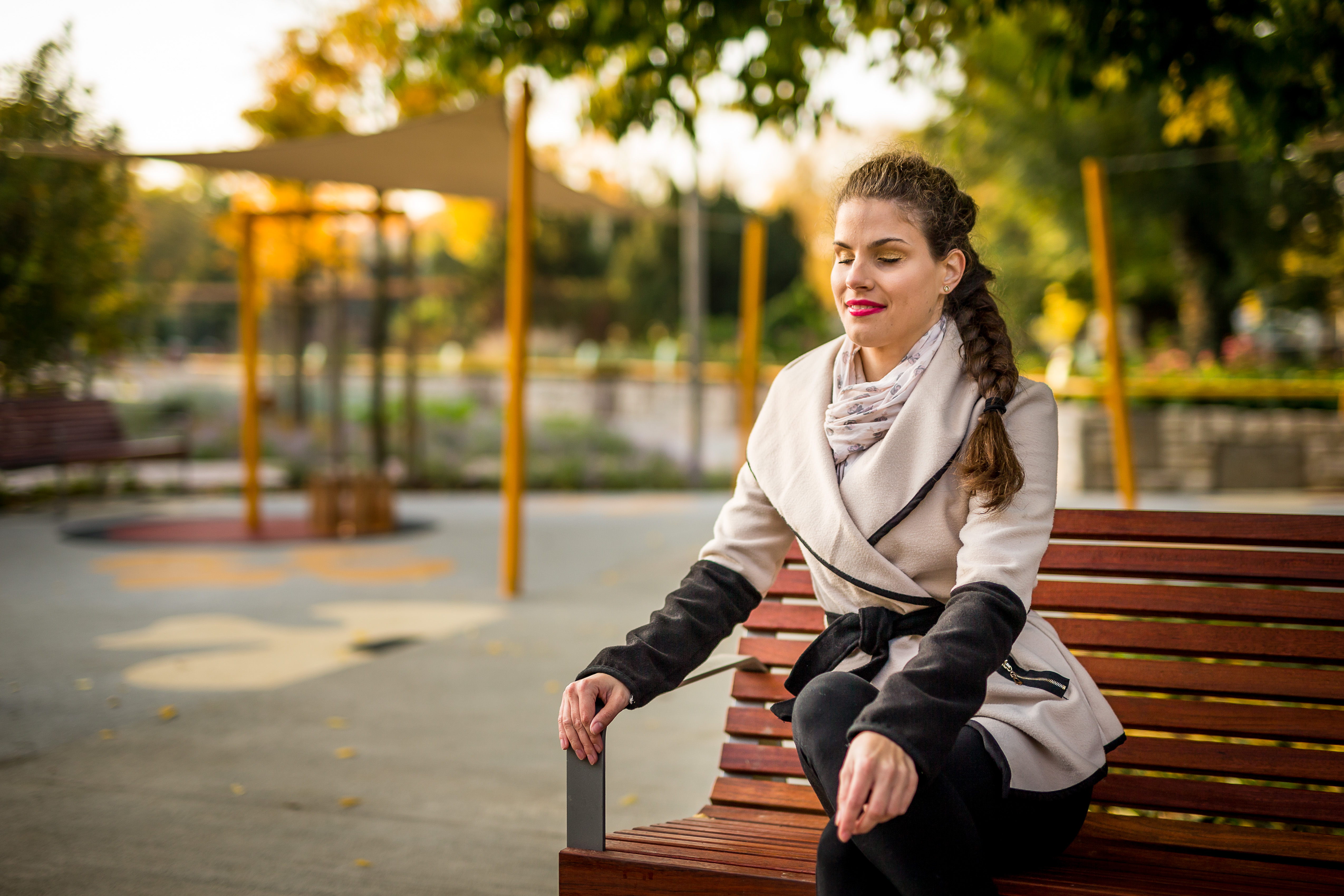 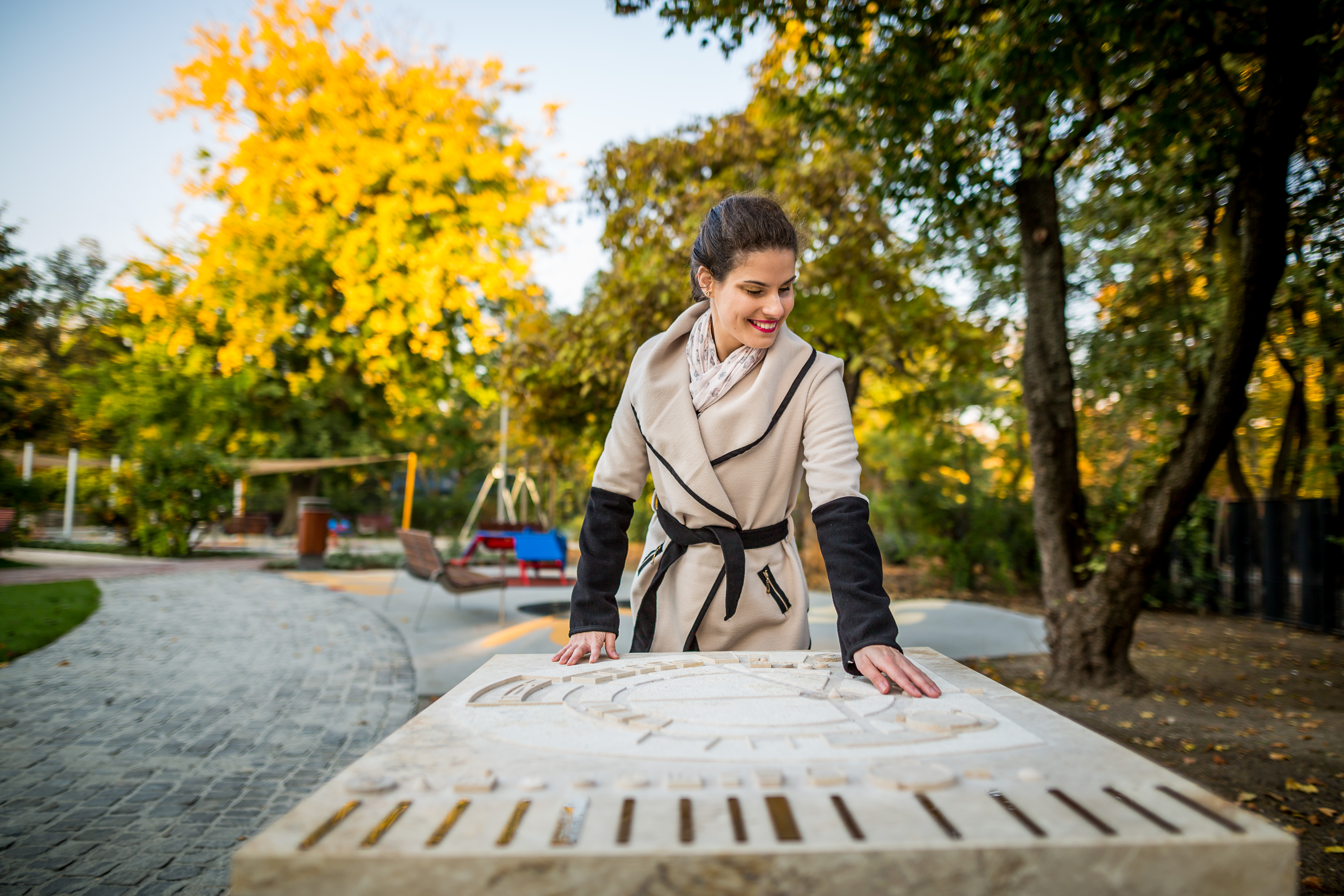 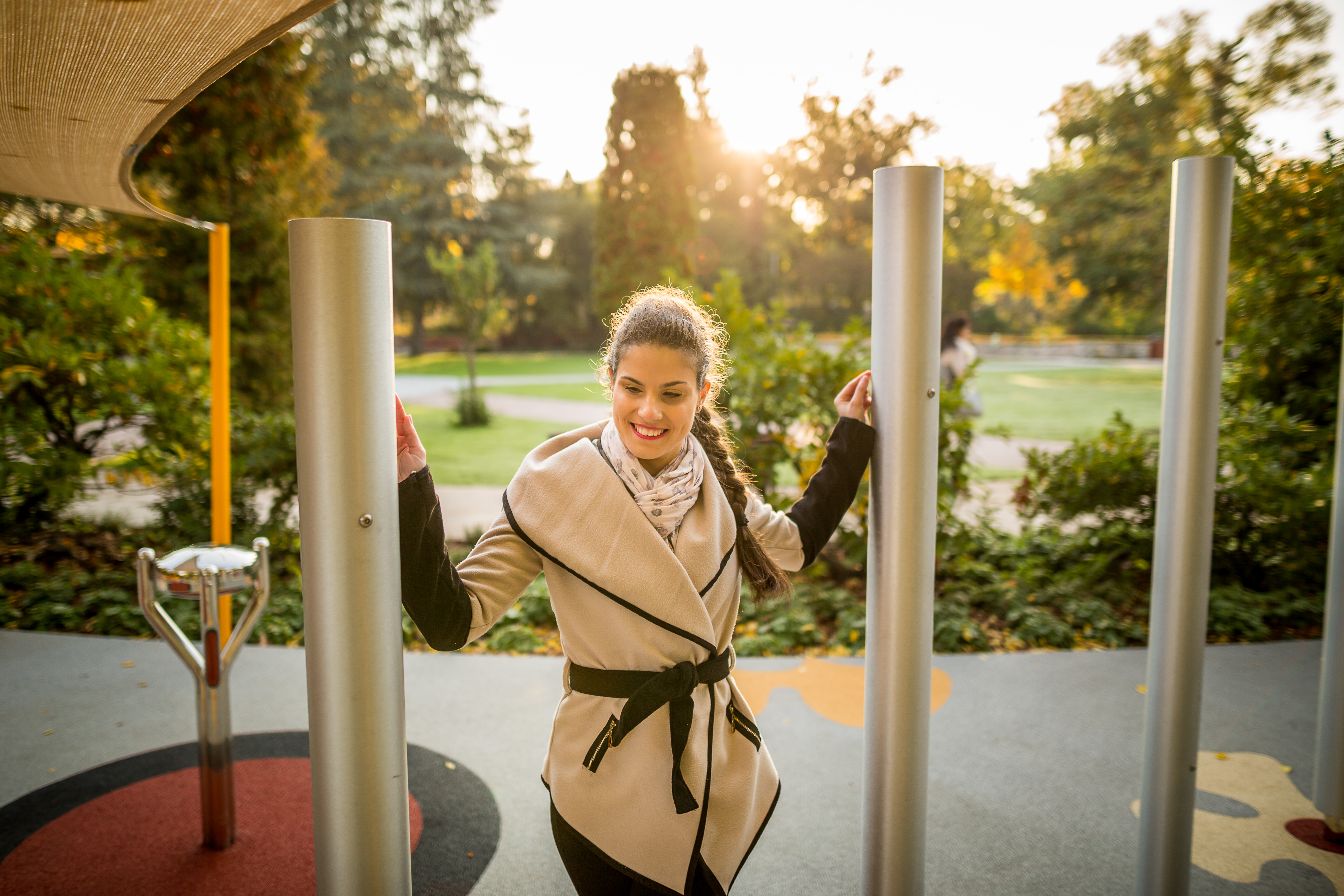 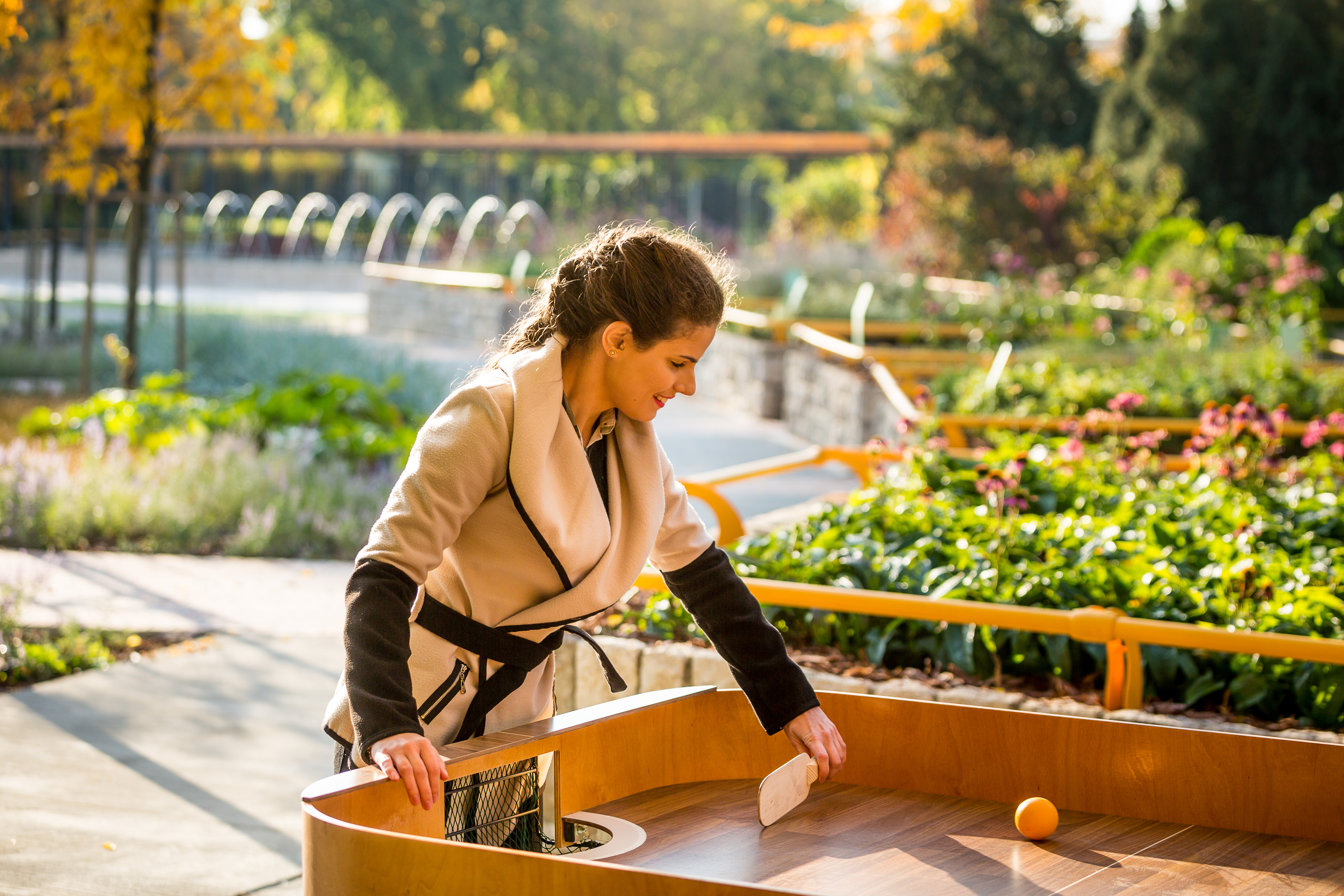 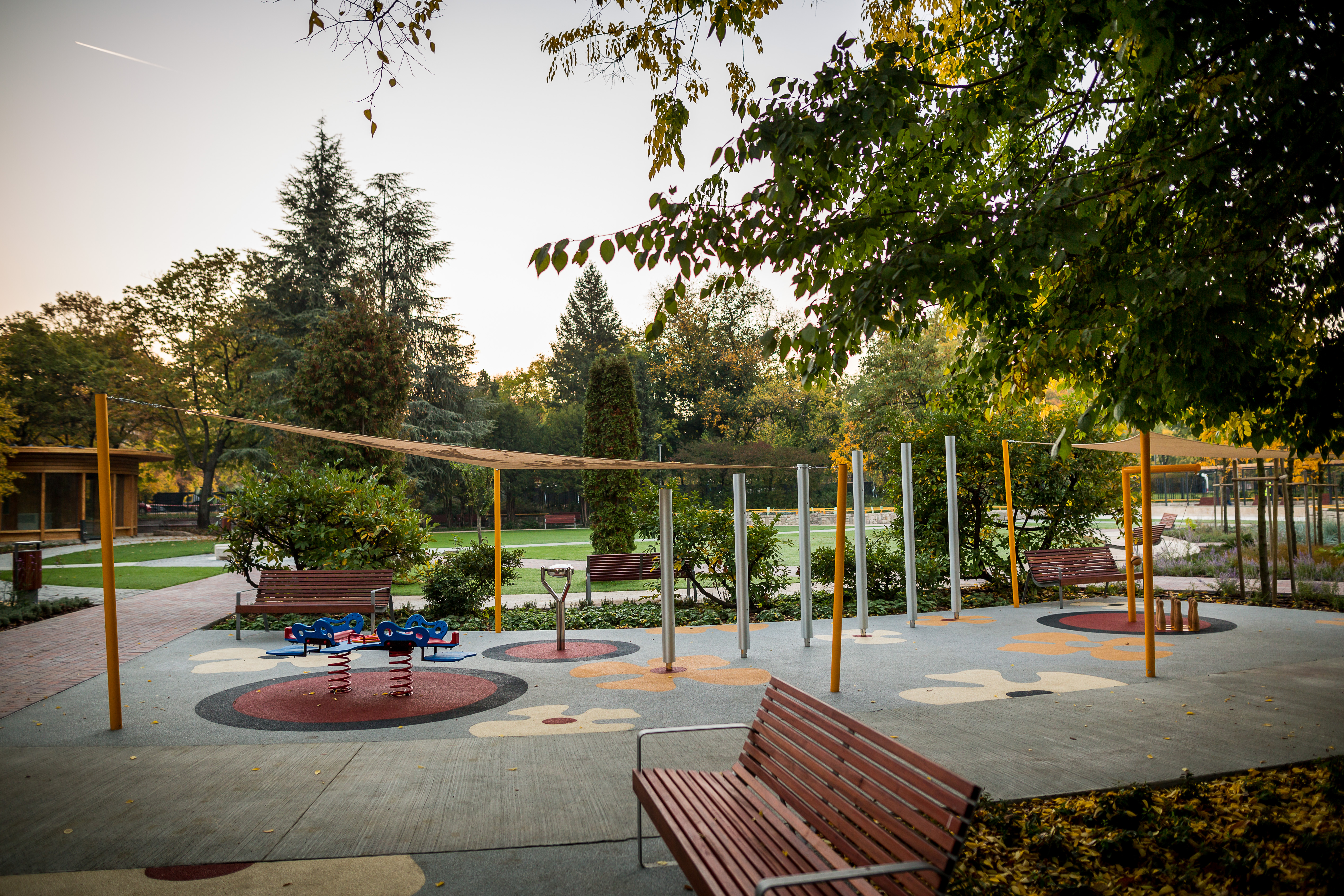 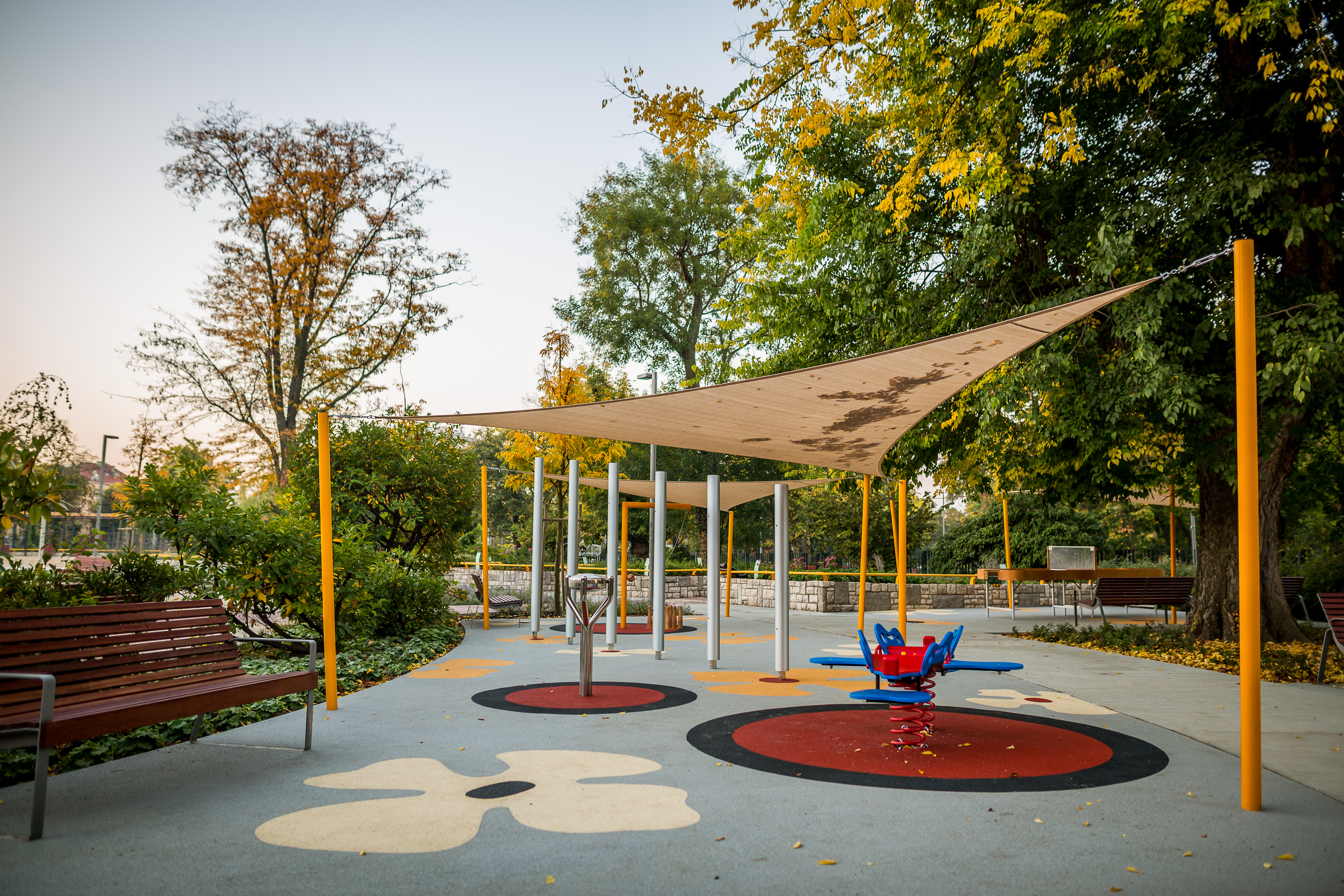 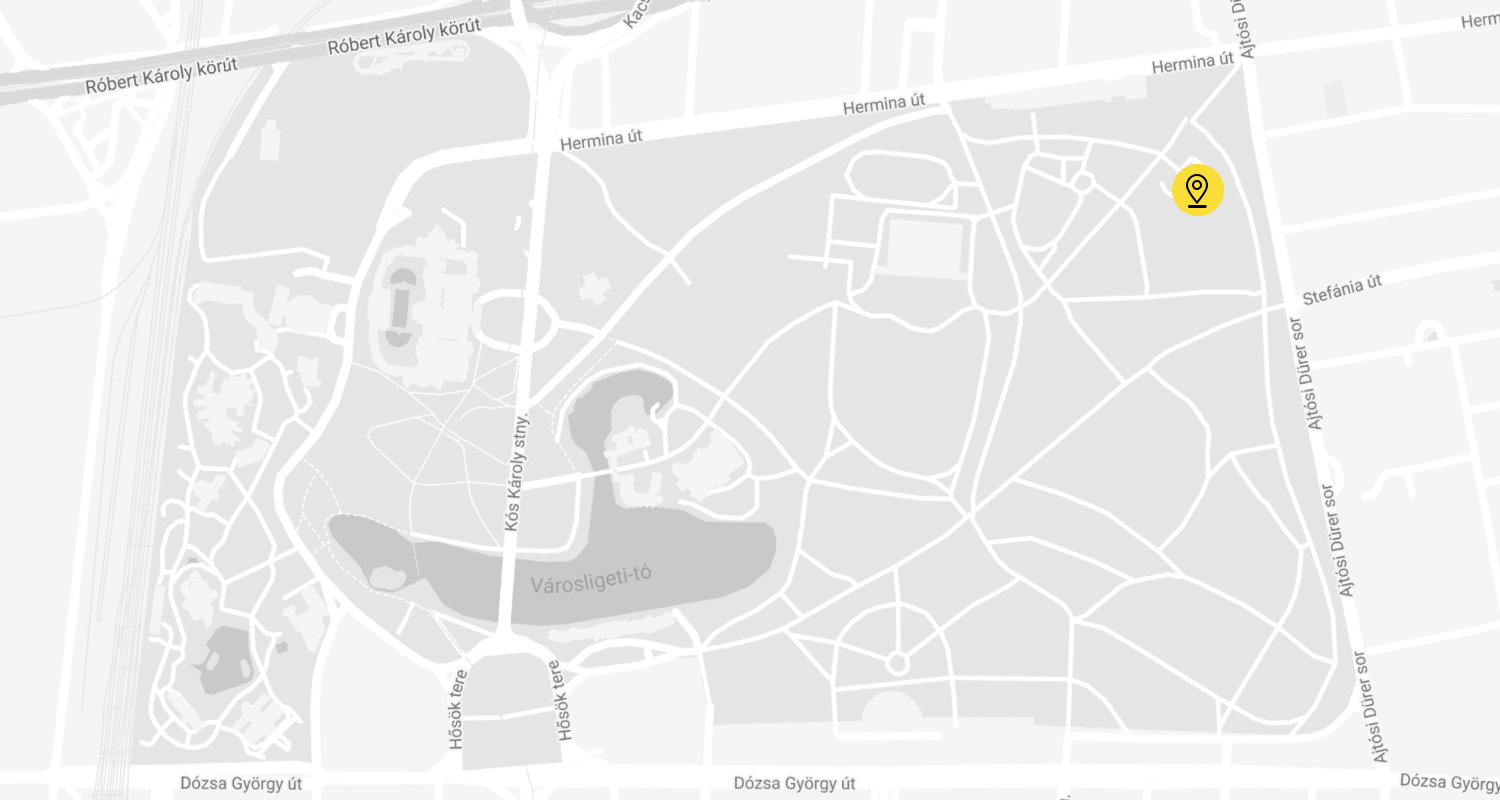