2019/09/20
The Komárom Star Fortress has been comprehensively reconstructed and expanded as part of the Liget Budapest Project, reported László Baán. The ministerial commissioner for the Liget Budapest Project said that the six billion forint project has returned one of the most significant groups of buildings in the Komárom fortification system, which in the late 1800s was the largest military complex in Central Europe, to its original, historically accurate state. Through the reconstruction, the fortress has also become the site of a new cultural centre encompassing more than 7000 square metres, where outstanding pieces from the Museum of Fine Arts' neglected collection of several hundred plaster replicas will finally find a worthy home after seven decades. Now that the building is ready, the process of moving in the artworks can begin: the new facility will carry out educational and instructional functions in the setting of a modern interactive museum, meaning that the Star Fortress will be opened to the public as a truly family-friendly cultural institution in the spring of 2020.
The reconstruction and expansion of the Komárom Star Fortress has been completed as part of the Liget Budapest Project, Europe's largest cultural development project. This unique building was displayed in a press tour joined by Judit Czunyi-Bertalan, representing the National Assembly, and Komárom mayor Attila Molnár.
Benedek Gyorgyevics, the CEO of Városliget Zrt., the company responsible for implementing the Liget Budapest Project, emphasised that the year of deliveries was still underway, as Prime Minister Viktor Orbán handed over the National Museum Restoration and Storage Centre in May, and now the Komárom Star Fortress has been completed as well. Also opening in the autumn is The House of the Hungarian Millennium, the renovated former Olof Palme House, with the Rose Garden – a novel addition to the Városliget – occupying the area in front of its entrance. Another development project that will be ready to welcome its first families in the autumn is the largest and most complex playground in the Városliget. 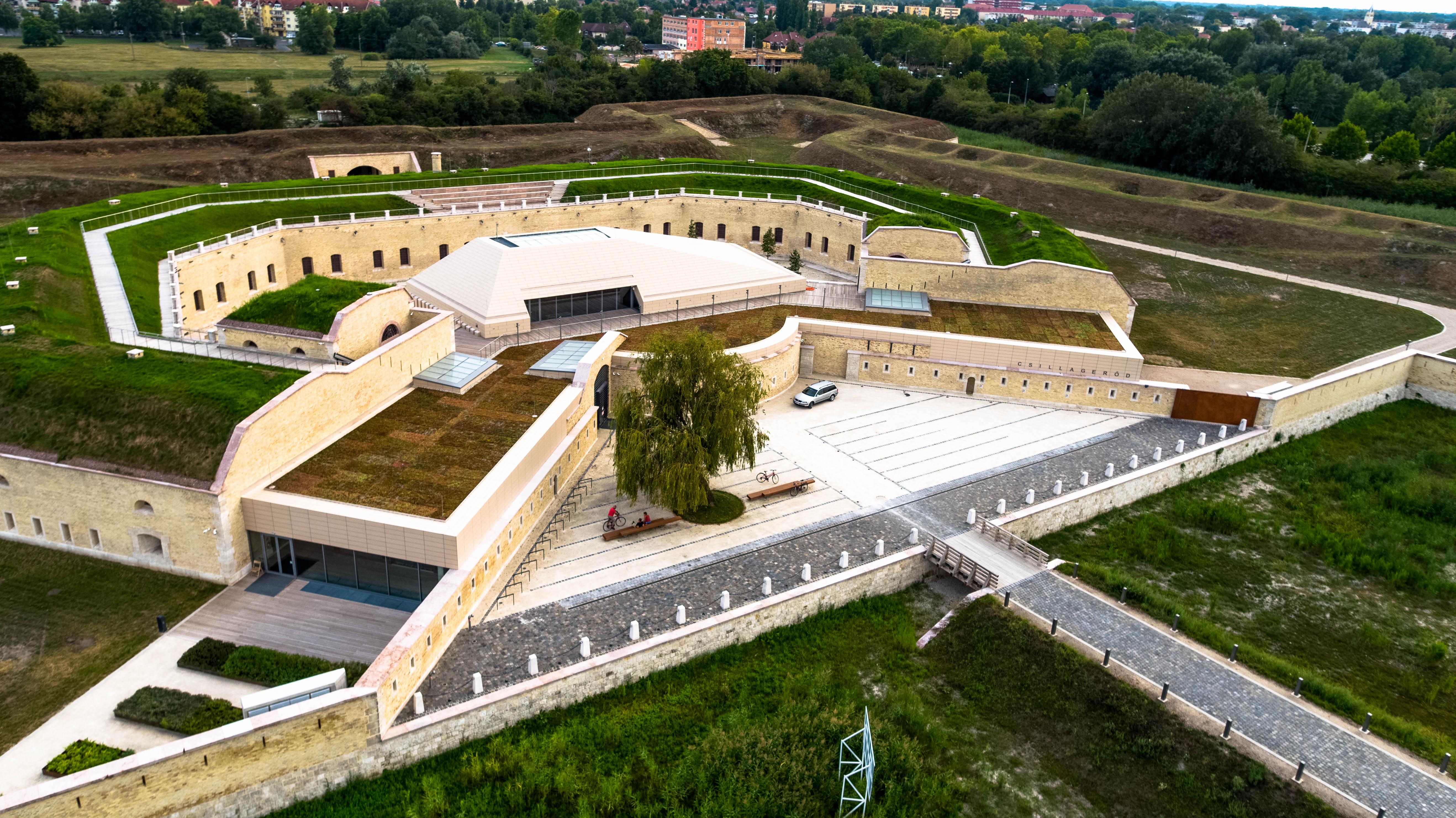 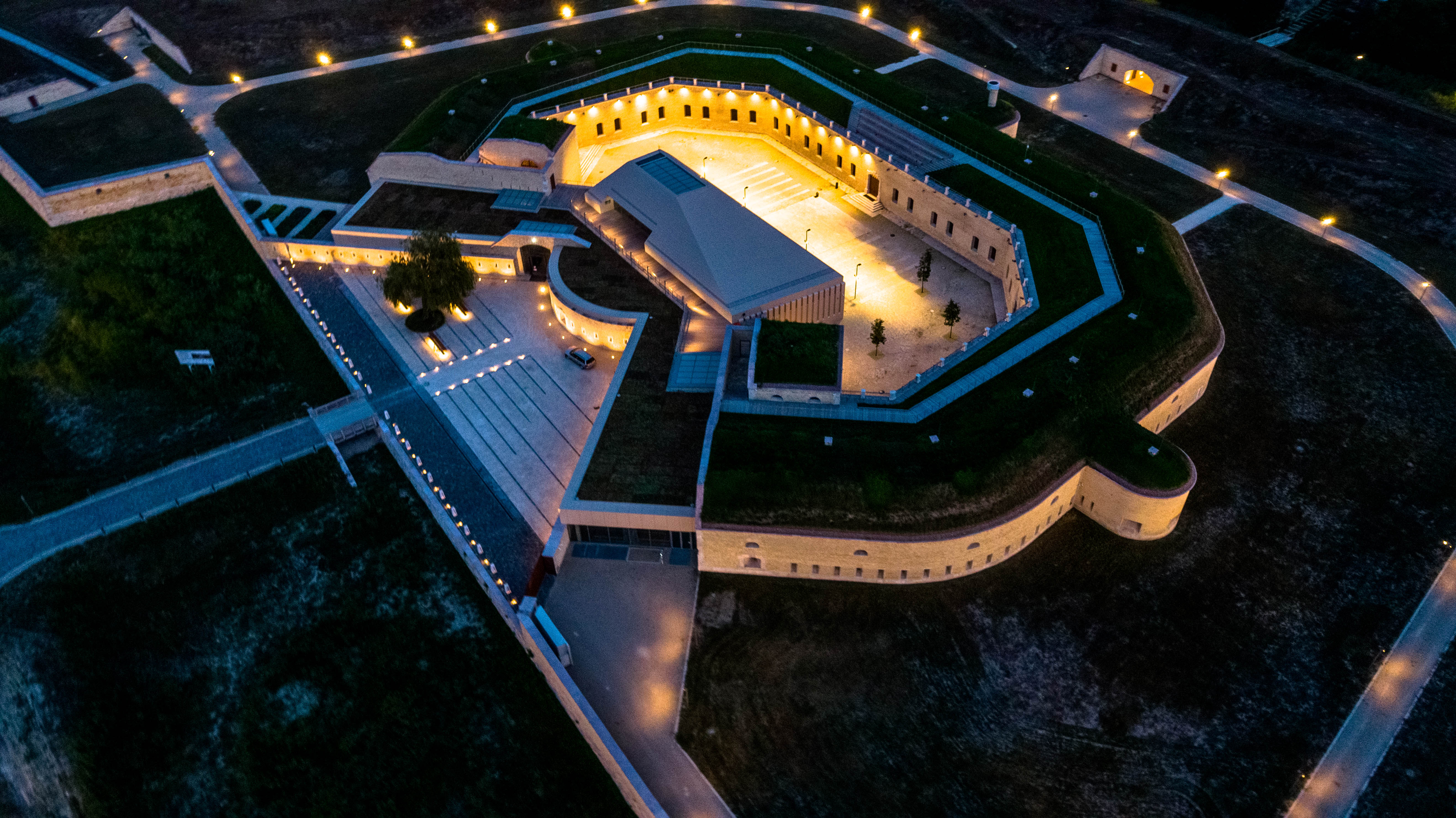 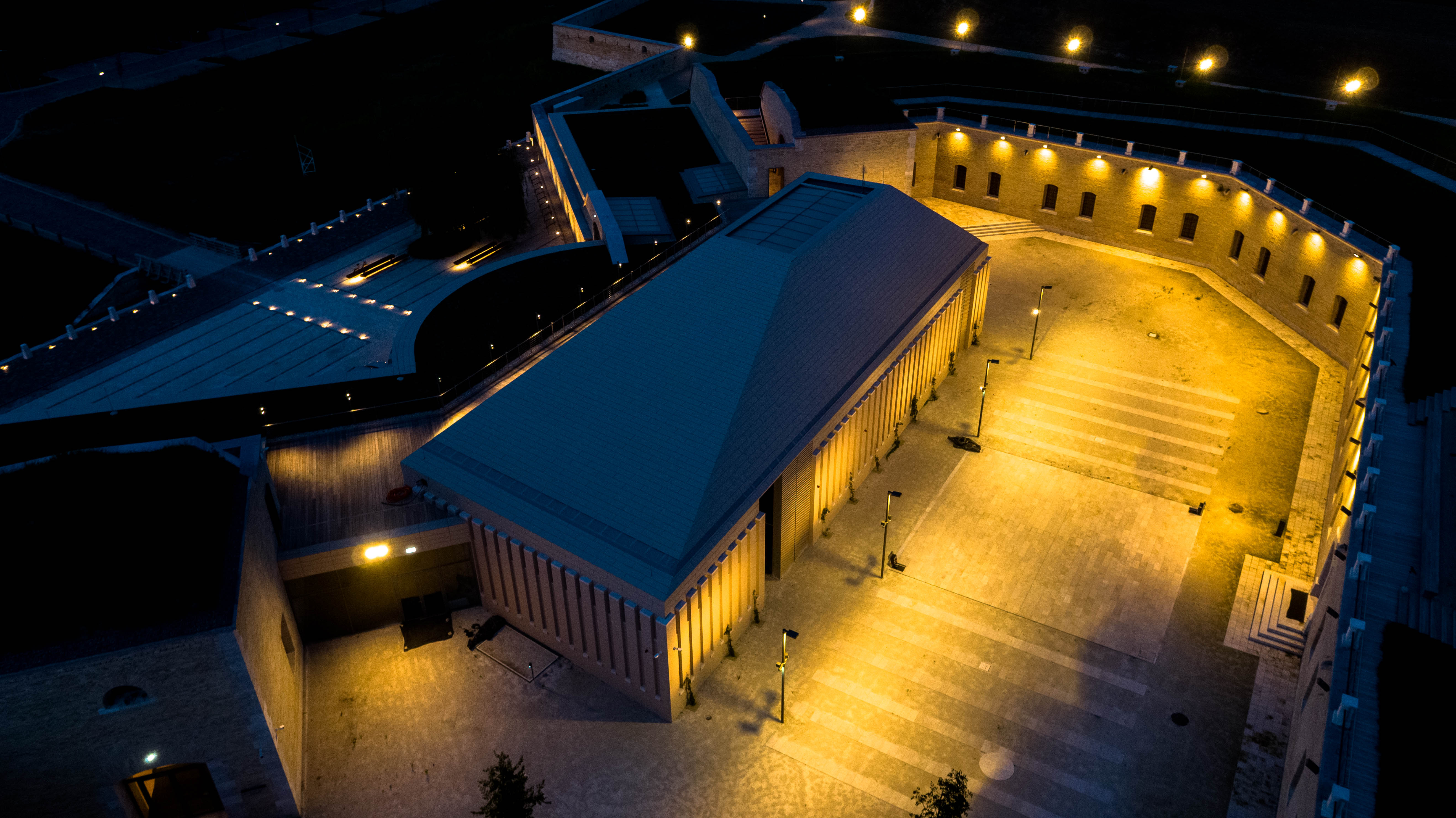 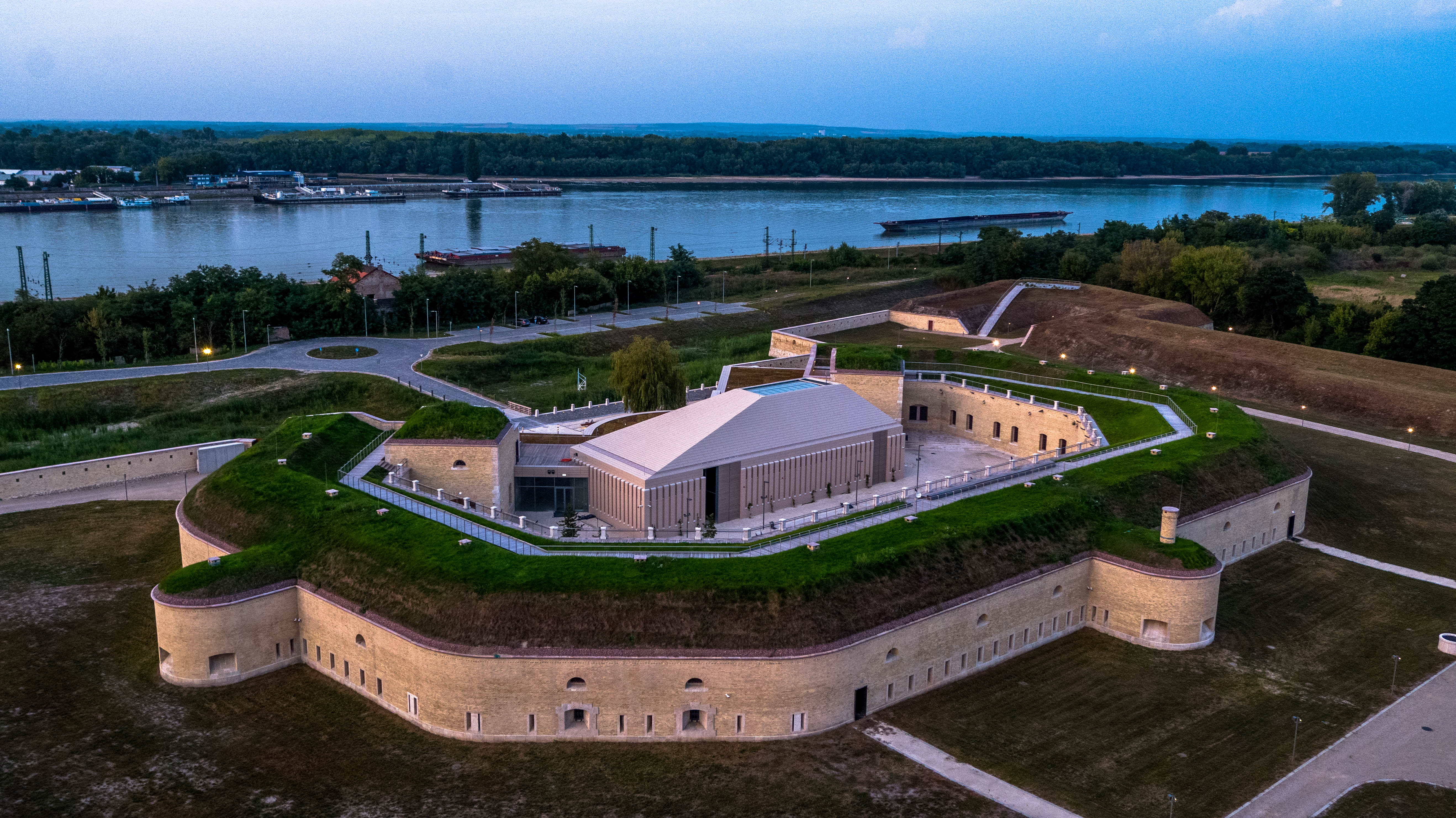 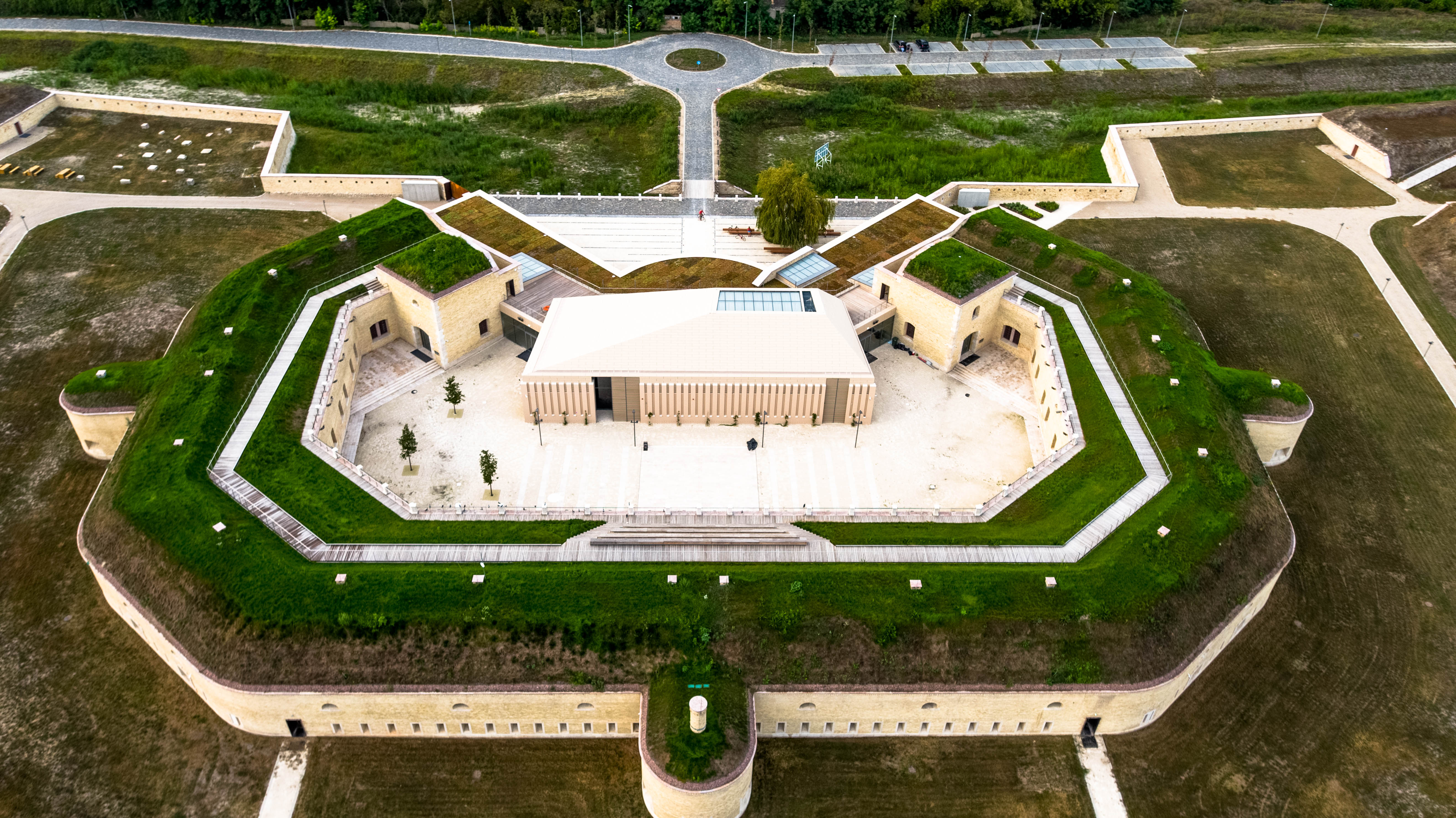 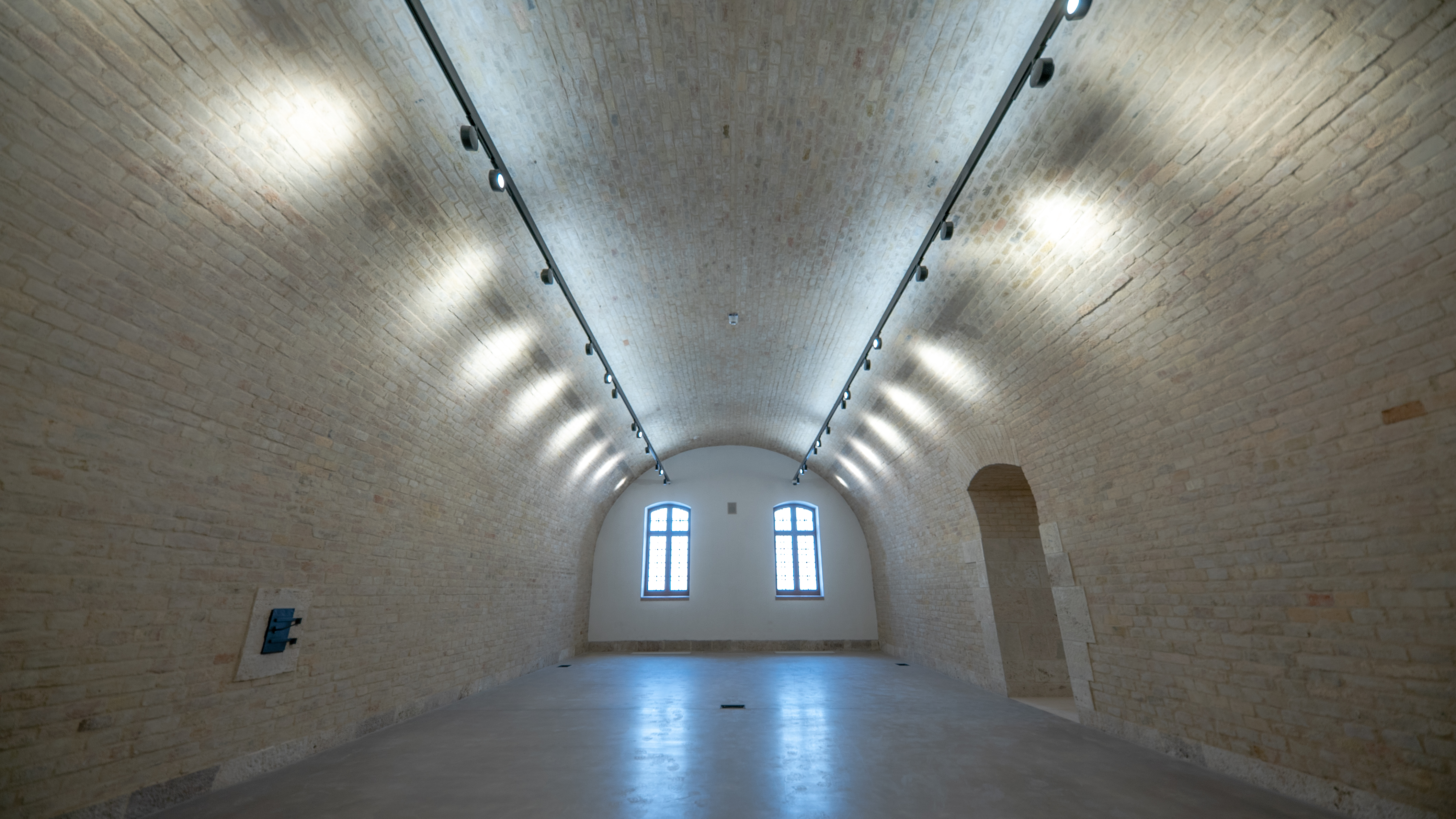 László Baán, the ministerial commissioner for the Liget Budapest Project, reported that the two years of work – based on the designs of Ybl Award-winning architect István Mányi – have included a complete overhaul of the fortress building and its surroundings, expanding it to include a new multi-functional cultural center with modern exhibition space that will result in a 7,000 square metre net increase in the floor space of the existing building. This building is where the nearly 300 outstanding pieces from the Museum of Fine Arts' neglected collection of plaster replicas – copies of outstanding works from the world of sculpture from antiquity to the Renaissance – will find a home. After the institution opens its doors, visitors will get to marvel at works like the equestrian statues of Bartolomeo Colleoni and Gattamelata by Andrea del Verrocchio and Donatello, respectively, both of them replicas of several metres in height, along with medieval and Renaissance tombs, the Venus di Milo, the Laocoön statue group and several sculptures by Michelangelo. "There is no doubt about it that there are few fine arts collections in the country that have undergone as many severe trials as the set of plaster replicas that was stored in the Romanesque Hall of the Museum of Fine Arts after being created in the early 20th century with the aim of showing the public a comprehensive history of sculpture through faithful copies of important works," Baán said. "Much of the material has been in storage for more than seven decades, spread out across the country, with many of the pieces having suffered major damage. The current development project is a solution to this problem: a large portion of the collection – after the required restoration work has been completed – will end up in Komárom's expanded Star Fortress, with a smaller part of it going to the National Museum Restoration and Storage Centre."
The ministerial commissioner also said that, with the work on the building completed, the process of moving in and installing the large-scale statues and setting up the permanent exhibition can begin. The new facility will carry out educational and instructional functions in the setting of a modern interactive museum, meaning that it will be opened to the public as a truly family-friendly cultural institution in the spring of next year.

The Star Fortress is one component of Komárom's fortification system. The fortress system was one of the Austro-Hungarian Empire's largest military installations and was capable of accommodating 200,000 troops. When it was built, it was the largest military complex in Central Europe. The Star Fortress, an important part of it, was built between 1850 and 1871. It was used by the Royal Hungarian Army during the interwar period and, after World War Two, was converted into emergency housing. Later on, the local food cooperative took possession of the building and used it to store vegetables. Thanks to the Liget Budapest Project, the extremely dilapidated group of building have been renewed and received a cultural function that is unique in the entire country.
Recommended News