The Városliget Theatre will be rebuilt according to the original plans of the old Secession-era building as part of the Liget Budapest Project. The venue will provide a rich variety of children's and youth programmes.

A simple wooden amphitheatre stood in Városliget from 1879. This was converted into a permanent stone theatre in 1909 by its owners, the Feld family, on the basis of designs by a reputed pair of architects of the early 20th century, József and László Vágó. Among the buildings in the capital associated with the Vágó brothers are the National Szalon formerly on Erzsébet Square and the Schiffer Villa. The new theatre was completed within a year and the building's refined elegance and modern solutions have earned it industry plaudits.

The foyer and ceiling of the theatre hall are decorated by the frescos of Károly Kernstok, while the glass windows of the first-floor hall provide an excellent view of the Városliget. The Vágós installed the most modern stage technology available, including a stage lift and state-of-the-art lighting. Although the building survived the attacks of World War II, it was demolished in 1951, when a large portion of the edge of the Városliget was paved over to create Parade Square, a space for large-scale events in the Communist era.

The theatre was as much a part of the institutional diversity of the Városliget as the zoo and its museums. In the near future, the theatre will be rebuilt on the basis of the former Secessionist design – while creating a modern environment – on the Ajtósi Dürer side of Ötvenhatosok Square, presently occupied by a paved parking lot. The new theatre with a capacity of 250-300 will host children's and youth programmes, but it will be much more than a theatre, serving as a 'house for children' where countless family programmes will make those of all ages feel at home. 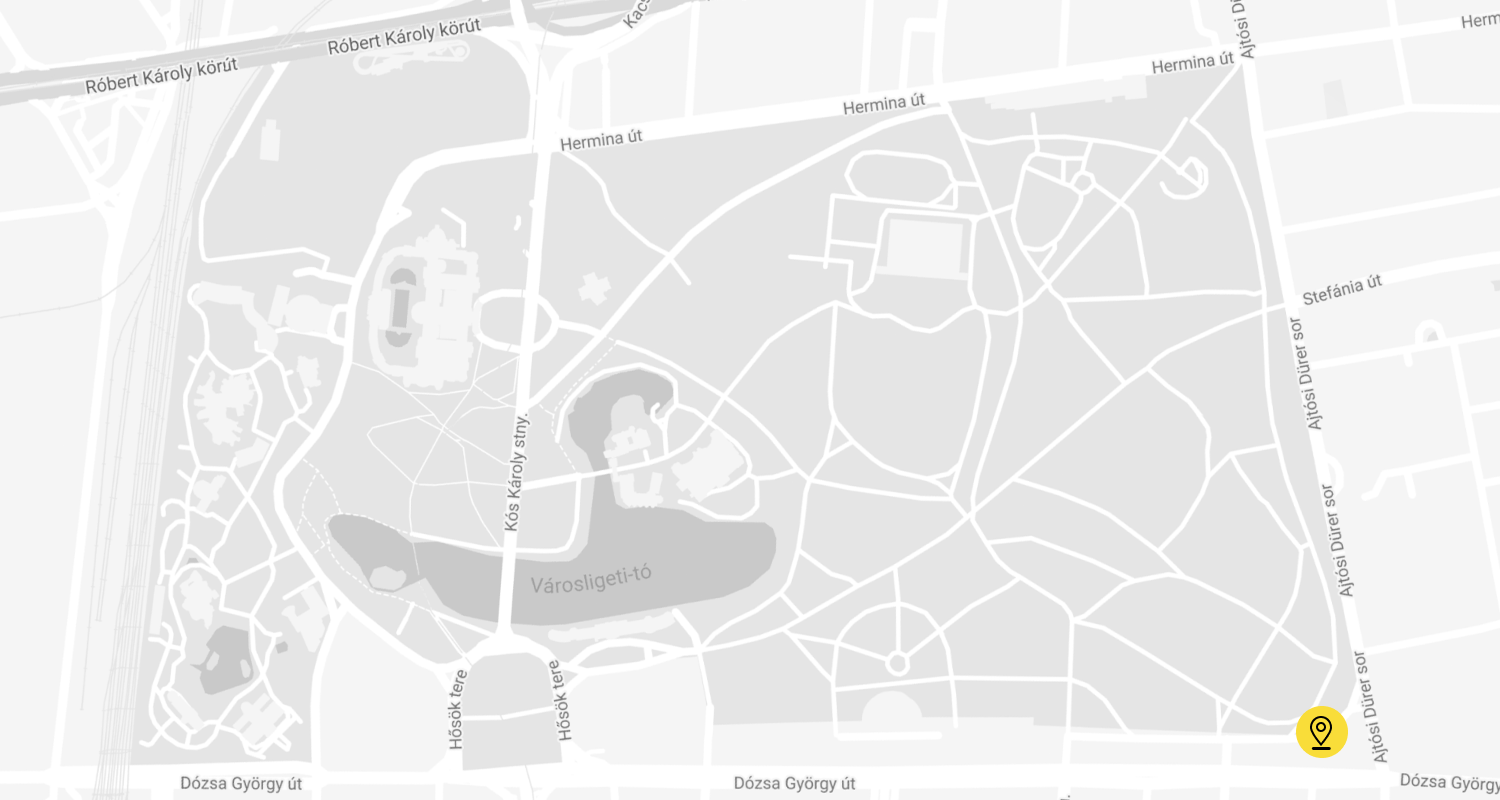